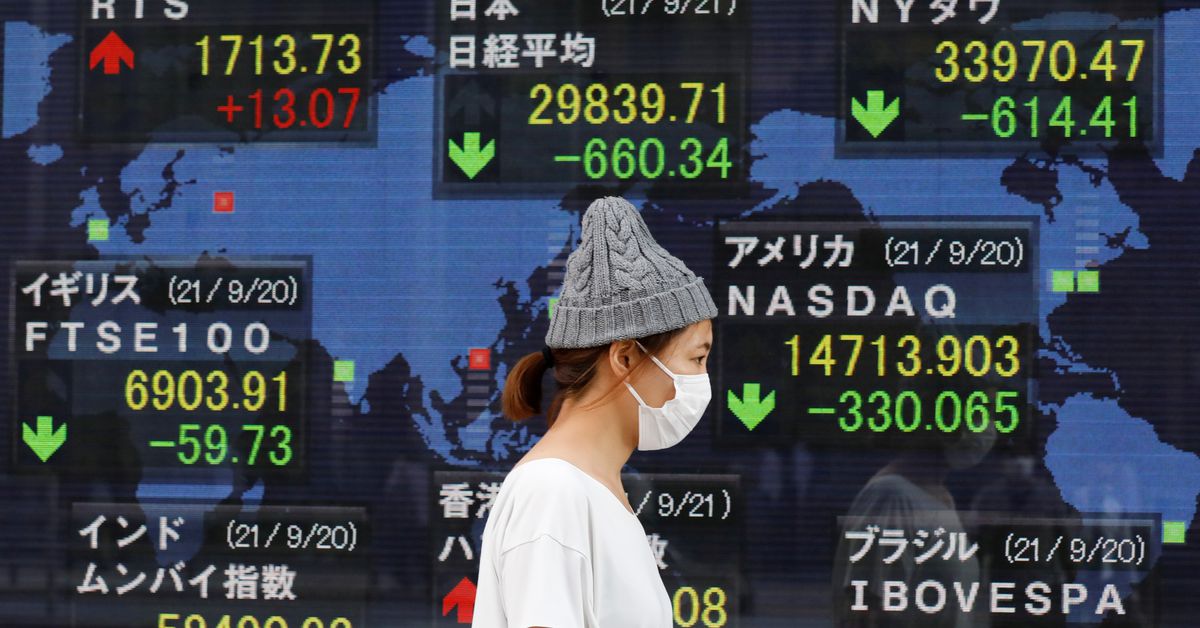 A woman wearing a protective mask, amid the COVID-19 outbreak, walks past an electronic board displaying stock indices for Japan and other countries outside a brokerage house in Tokyo, Japan, September 21, 2021. REUTERS / Kim Kyung-Hoon

Biden and Xi Jinping warmly opened their closely watched talks, with the two leaders stressing their responsibility to the rest of the world to avoid conflict. Read more

“Investors will be watching the first Biden-Xi summit closely to see if the exchange results in an improvement in an already strained relationship,” said David Chao, global market strategist for Asia-Pacific (ex-Japan) at Invesco . “While no breakthrough is expected, this is still a positive first step forward.”

Chao added that Asian markets this week are also reacting to better-than-expected economic data from China, released on Monday, and the situation in the mainland real estate market.

“So far we haven’t seen a loss of trust in some developers and the government has come out more forcefully to make sure owners are protected,” he said.

Benchmark U.S. Treasury yields rose nearly five basis points to a three-week high on Monday, as companies rushed to sell debt before liquidity dwindled during the holidays and before the US government’s sale of new 20-year bonds on Wednesday.

Rising yields also helped the dollar, which remained strong at a 16-month high against a basket of its peers.

Recent data showing a strong US economy has also helped the dollar, which also casts doubt on the Fed’s view that price pressures will be transient, fueling speculation that interest rates will be lifted sooner. than previously thought.

Britain will release its September labor market report on Tuesday, which CBA analysts “could make or break the cause of a rate hike this year.”

Later today, US retail sales, trade prices and industrial production for October are also expected, giving another clue to the health of the economy.