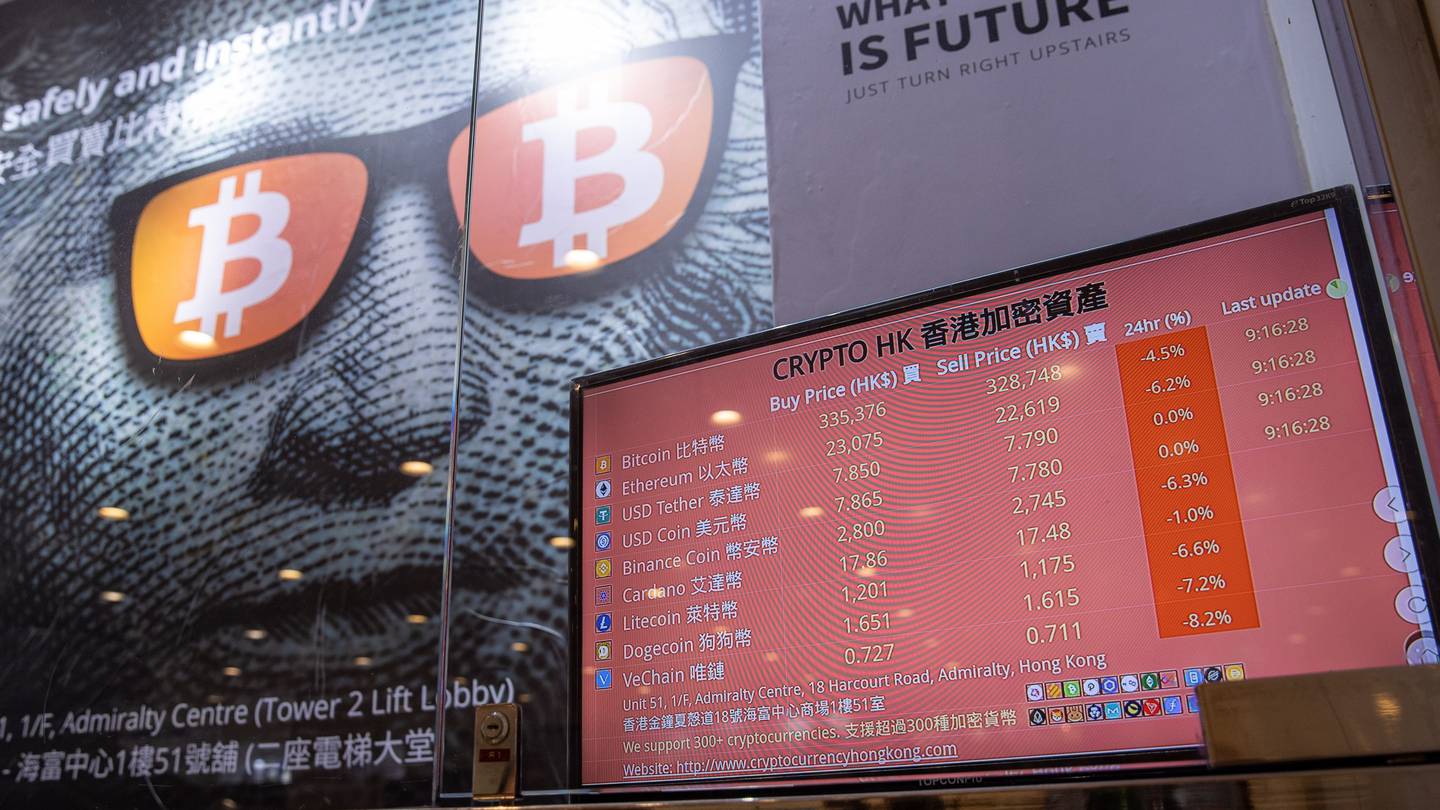 Bitcoin fell below a closely watched price level as the largest cryptocurrency’s decline from its all-time high extended into a fifth week.

However, the drop pushed it below its average price over the past 200 days, which is currently around $ 46,720.

The Bloomberg Galaxy Crypto Index fell 7.4% to its lowest level since early October, while popular DeFi tokens such as Solana, Cardano and Polkadot fell even more.

“The idea that as it matured volatility would subside didn’t really materialize,” said Marc Chandler, chief market strategist at Bannockburn Global Forex. “Volatility is deadly and its other supposed attributes, [such as] a hedge against inflation, seems spurious.

Bitcoin has fallen for four consecutive weeks, as measured by the seven days ended Friday. Unlike most traditional asset classes and securities, digital tokens trade around the clock, often on lightly regulated online exchanges around the world.

Bitcoin received a brief boost on Friday after a report showed consumer prices in the United States accelerated, supporting the argument that the coin is a hedge against the erosive effects of the inflation.

On December 4, the token fell 21% before recovering about half of the loss a few hours later. It is still down about 30% from its all-time high of around $ 69,000 reached on November 10.

Proponents have long argued that Bitcoin and other digital assets, because they are an idiosyncratic asset class, could serve as a hedge against fluctuations in other areas of the financial market.

Only 21 million Bitcoin will be put into circulation under the computer protocol that governs the issuance, although this figure is not expected to be reached for 100 years.

What is a wine importer and what does he do?