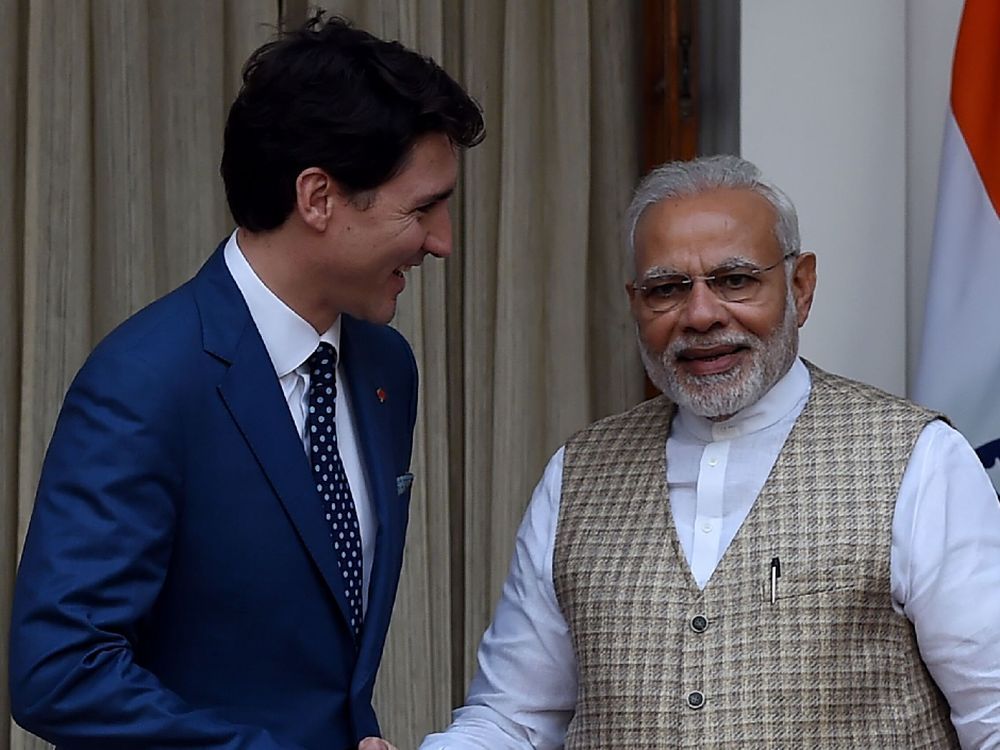 Trade Minister Mary Ng landed in India on March 11 and leaves her two-day trip with a victory: the relaunch of trade talks with the world’s sixth-largest economy.

Canada and India are often described as natural trading partners, but a relationship that looks good on paper hasn’t translated into progress at the negotiating table. Canada and India began trade talks in 2010 under former Prime Minister Stephen Harper, but after 10 rounds of talks over seven years failed to yield a breakthrough, the effort lost momentum. Both sides have not had formal discussions since August 2017.

The world has changed since. The restart comes amid heightened concern among democratic powers such as the United States and Germany over China’s influence over the world’s supply of everything from rare minerals needed to build vehicle batteries. electricity to consumer goods sold at Walmart Inc. stores. Russia’s invasion of Ukraine this month has only added to the urgency for like-minded nations to strengthen their ties.

“The situation before us really shows the importance of partnering with allies to build resilient supply chains,” Ng said in a phone interview from New Delhi. “What’s really important is post-pandemic supply chain resilience and trade is an indicator of democratic values ​​because trade, and certainly the way Canada trades, is a commitment to rules-based international order.

Ng’s successful stopover in India was the first leg of a six-day tour that will also take her to Israel, the West Bank and the United Arab Emirates.

India has a reputation for being a difficult negotiating partner, and although Prime Minister Narendra Modi has gladly accepted international investment since taking office in 2014, he has been less keen on lowering the barriers that could open domestic producers to competition from imports.

Still, India’s rivalry with China could cause Modi to reconsider his approach to trade. Soldiers from both countries have engaged in deadly skirmishes along a disputed border in the Himalayas in recent years, and China is backing Pakistan, which Indian leaders see as an existential threat. In May 2021, Modi’s government agreed to relaunch trade talks with the European Union, reviving talks stalled for eight years.

The pandemic is also driving a renewed commitment to trade in countries that have grown accustomed to importing cheap goods from China. Erased supply chains have exposed the fragility of advanced economies’ dependence on the world’s largest manufacturer. India, whose population is set to overtake that of China within a decade, could be a counterweight.

“Put simply, there is no path to a successful Indo-Pacific strategy without going through India,” the Business Council of Canada said in a statement. declaration.

Rather than get bogged down trying to strike a traditional trade pact, Ng said India and Canada would first draft an ‘early progress trade deal‘, a preliminary agreement that would ‘lay the groundwork’ for a deal. overall later.

Trade is a proxy for democratic values

“It demonstrates our ability to work together, but more importantly, signals to businesses and investors in both countries, in both economies, that we are serious about creating the rules they seek,” Ng said. “These rules actually create trust.”

This would facilitate and expand Canada’s current trade with India, which stood at US$6.29 billion in 2021, a 12% increase from the previous year. Canada will seek to strengthen trade in agricultural products, textiles, energy, electronics, minerals and metals, urban development, information technology and tourism. Ng’s negotiators will also “undertake intensive work” for India to recognize the pest risk management system for lentils and other pulses.

India is the world’s largest market for vegetarians, and Canada is its largest supplier of plant-based protein. Yet Canada and other pulse exporters have faced high tariffs on peas, lentils and chickpeas since 2017 for no apparent reason other than India’s desire to protect local farmers from competition. foreign.

“I have to make sure I keep doing this work to create the right conditions for companies to export, but also to attract the flow of investment to Canada with one thing in mind: growth,” Ng said.

Sign up to receive the best daily stories from the Financial Post, a division of Postmedia Network Inc.

Thank you for your registration!

A welcome email is on its way. If you don’t see it, please check your spam folder.

The next issue of Financial Post Top Stories will soon be in your inbox.

We encountered a problem during your registration. Try Again