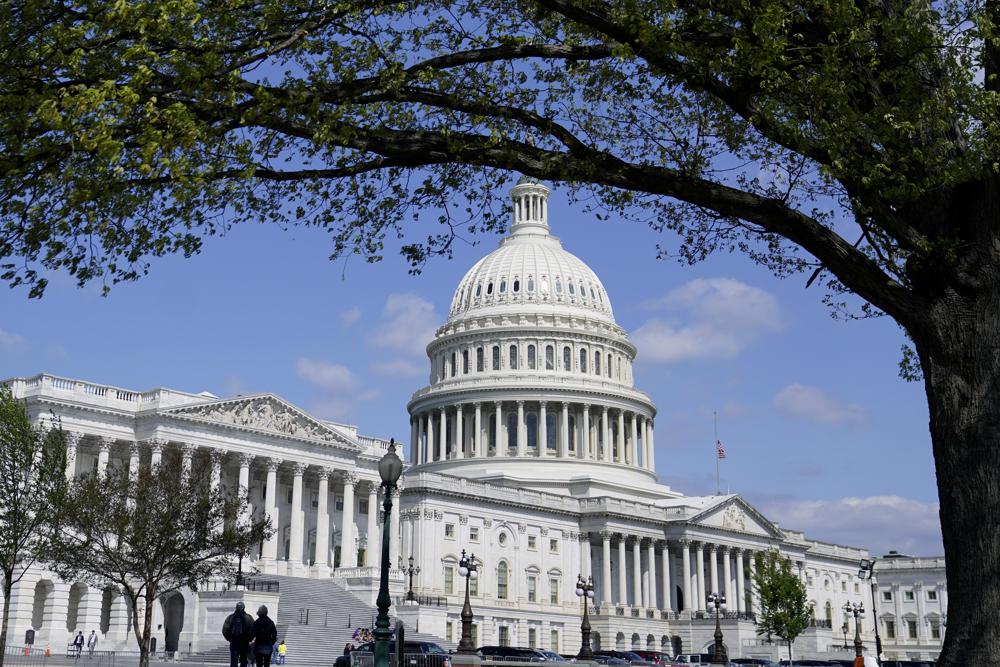 When Rep. Abigail Spanberger first introduced a bill banning stock trading by members of Congress and their families, the Virginia Democrat only managed to get eight co-sponsors. So far this session, 62 — or about one in seven House members — have signed up.

It’s a similar story in the Senate. Sen. Jeff Merkley, D-Ore., a once lone voice on the issue, had only one co-sponsor for his proposed stock trading ban in the past two sessions of Congress. Now he has nine.

The slight increase in support reflects a growing appetite among lawmakers to tighten trading rules after several members came under scrutiny over their stock trades during the pandemic. While there’s no guarantee any of the proposals will become law, many lawmakers facing the toughest re-election races have passed the legislation, raising the issue of ethics as a talking point — and a potential point of attack – for mid-term campaigns.

Even with voters focused on issues like inflation and the war in Ukraine, Spanberger said the trade ban comes up time and time again when she meets her constituents.

“No matter where I am, someone is talking about it,” said Spanberger, who is among lawmakers facing a tough re-election bid.

But it’s not easy to navigate. Other lawmakers, especially Republicans, are skeptical and concerned about the merits of such a ban and the logistics of enforcing it. And while congressional leaders say they’re open to the proposals, some lawmakers doubt it will translate into action.

“The headwind is that some members of Congress don’t want to play by these rules, and some of those members are in the lead,” Spanberger said.

House Speaker Nancy Pelosi, D-California, initially said she did not support a stock trading ban in December. “We are a free market economy. They should be able to participate,” she told reporters. But in February, she announced that she was open to one. “It’s complicated, and the members will get through it. And then we’ll move forward with what consensus is,” she said.

Under current law, members of Congress and government employees must report the sale and purchase of stocks, bonds, commodity futures and other securities no later than 30 days after learned that they were made and within 45 days of a transaction over $1,000.

But lawmakers have routinely been slow to file these notices and, in some cases, have not filed at all, leading to a flurry of complaints to the House Ethics Committee.

During a House hearing on the issue in April, Rep. Rodney Davis, R-Ill., said it’s clear that current disclosure laws aren’t working as intended. But he called the violations mostly unintentional.

Davis said he had heard little from voters about stock trading and worried that requiring lawmakers to place assets in a blind trust would prove prohibitively expensive for many lawmakers. Still, he’s open to finding a compromise “that doesn’t encourage the ultra-rich to be the only ones running for Congress.”

Rep. Barry Loudermilk, R-Ga., went further. He said Americans have “the right and freedom to participate in a free and fair market economy.”

Watchdog groups warned at the hearing that public disclosure of stock trading has not deterred lawmakers from owning and trading shares in companies subject to their oversight, eroding voter confidence.

California Rep. Zoe Lofgren, the Democratic chair of the House Administration committee that has reviewed the various trade bills introduced, said this week she hopes to push a bill through her committee. But she also said “it’s a lot more complicated than I realized when I started watching it.”

Support for the trade ban is bipartisan. Rep. Chip Roy, R-Texas, co-wrote the bill with Spanberger, but the vast majority of co-sponsors of the various bills are Democrats. That includes progressives such as Sen. Elizabeth Warren, D-Mass., and Rep. Alexandria Ocasio-Cortez, DN.Y.

Malinowski is under investigation by the Ethics Committee after the Congressional Ethics Office determined there were substantial reasons to believe he had failed to properly disclose the actions he had bought or sold. Malinowski said his trading activity was conducted by a third-party investment manager without his involvement. He has since set up a qualified blind trust to manage his investments. But Republicans have made trades and the ethical inquiry an issue as they try to win back Malinowski’s seat in New Jersey.

Slotkin said she was elected in 2018 after promising not to accept donations from corporate political action committees. She called it a defining issue in this race, and she sees the proposed trade ban as an extension of that effort.

“Anything we can do to clean up the perception of elected officials is good for democracy,” Slotkin said.

She said she shared Spanberger’s concern that Pelosi did not see the stock trading ban as a priority.

“When the speaker wants something done, it gets done. When she doesn’t want it done, you have to fight to put it on the agenda, and that’s where we are. said Slotkin.

In the Senate, 13 Democratic lawmakers, but no Republicans, signed a bill by Sen. Jon Ossoff of Georgia that would require lawmakers and their spouses and children to place their securities in a blind trust. Three Democratic senators considered to have the toughest re-election races this year are co-sponsors: Sens. Mark Kelly of Arizona, Raphael Warnock of Georgia and Catherine Cortez Masto of Nevada.

Larry Parnell, director of the strategic public relations program at George Washington University, said the Democratic candidates received a confusing midterm message because “they’re kind of halfway, halfway on some elements of Biden’s agenda.” But he thinks banning stock trading is an idea “that anyone can follow”.

“It’s a win-win situation for anyone looking for a populist message to put across in the marketplace,” Parnell said.

Copyright 2022 Fort Myers Broadcasting Company. All rights reserved. This material may not be published, broadcast, rewritten or redistributed without prior written permission.

international broker with 15 years of experience in global financial markets

Inflation climbs to 29.8% in April