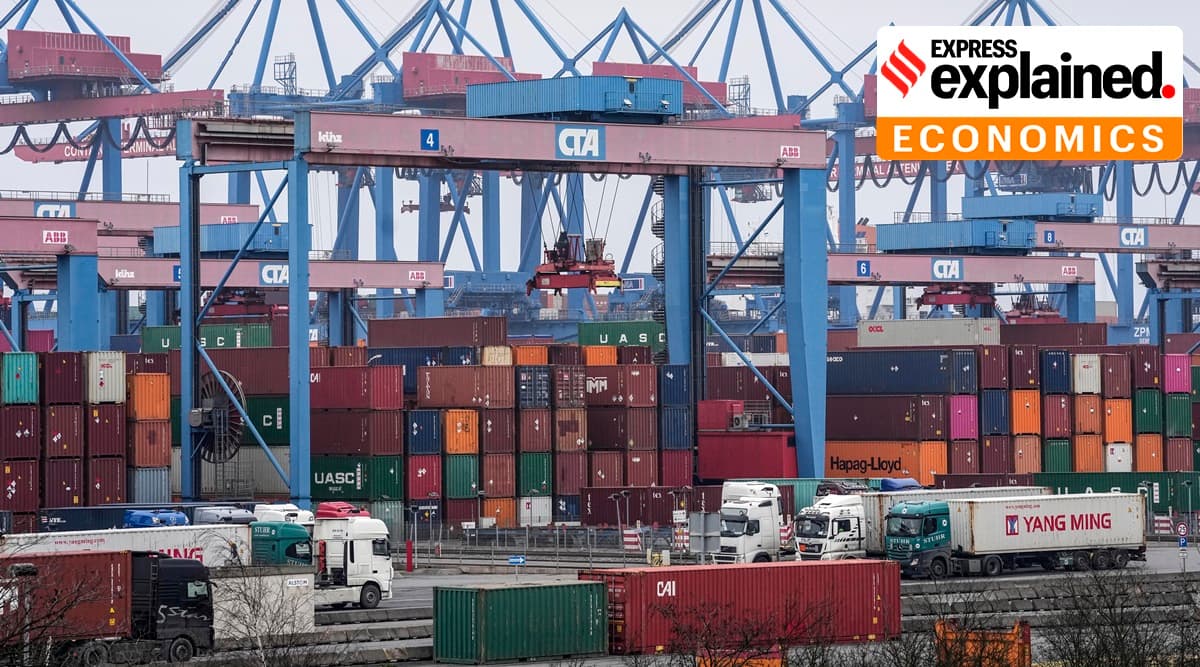 Explained: India’s dynamic export performance and why is the trade balance still unfavourable?

How did Indian exporters perform in FY22?

India’s exports between April and December 2021 reached $301.4 billion, up 49.7% year on year and 26.5% above exports during the same period in 2019. Exports from two traditional sectors – petroleum products and gems and jewelry – were the main contributors to export growth in December, up 152% and 16.2% respectively, from a year earlier. . India’s exports have been boosted by a global increase in trade, with world merchandise trade posting a quarterly record of $5.6 trillion in the third quarter of 2021, according to a report by the United Nations Conference on Trade and Trade. Development. Global trade in goods and services in 2021 is estimated at $28 trillion, up 23% from 2020 and 11% from pre-Covid-19 levels.

Among non-oil and non-precious stones and jewelry exports, engineering goods, such as iron and steel products, organic and inorganic chemicals, and textile products such as cotton yarn and fabrics, were the major contributors to export growth this fiscal year.

Exports of engineering goods rose 38.4% in December to $9.8 billion from $7.1 billion a year ago. Exports of electronic goods rose 34% to $1.7 billion, while those of organic and inorganic chemicals rose 27% to $2.7 billion during the same period.

A Sakthivel, chairman of the Federation of Indian Export Organizations (FIEO), said the growth trend in Indian exports is likely to continue as it benefits from positive sentiment internationally. “Now there is a good feeling towards Indian products internationally,” Sakthivel said, adding that Indian exporters are increasingly understanding market demands and improving their products.

Outbreaks of Covid-19 infections in key competitors such as Vietnam leading to supply disruptions have also likely contributed to increased demand for Indian exports.

India’s services exports grew by around 18.4% to $177.7 billion in the first nine months of the fiscal year.

How have India’s imports increased and what is the impact on the current account deficit?

India’s merchandise imports grew even faster than exports – at 68.9% year-on-year in the first nine months of the current fiscal year to $443.8 billion from $262.8 billion dollars in the previous fiscal year. India’s top imports this fiscal so far include petroleum and petroleum products, gold and electronics.

Rising imports of machinery, electronics, vegetable oil, coal and chemicals were a major contributor to the surge in imports in the first three quarters of the fiscal year.

Rising imports caused the trade deficit to widen to $142.4 billion in the April-December period from $61.4 billion a year ago and $125.9 billion in the corresponding period of FY2020. India’s services trade surplus is estimated at around $74.4 billion in the first three quarters. Experts have estimated India’s current account deficit for the fiscal year to be around $40 billion to $45 billion.

What are the main developments in Indian trade?

India is currently in the process of negotiating FTAs ​​with the UK, UAE, Australia, Israel and the EU and aims to conclude interim trade agreements with the UAE, Australia and the UK during this year.

Commerce Minister Piyush Goyal has noted at several forums that Indian industry should be ready to provide market access to trading partners if it wants to enjoy better market access for its own products.

“Our focus is wherever we have a competitive or comparative advantage, we should look at market access and wherever the advantage is with another country, we don’t have to force the Indian consumer to buy expensive,” he said. Goyal told an industry body. Friday.