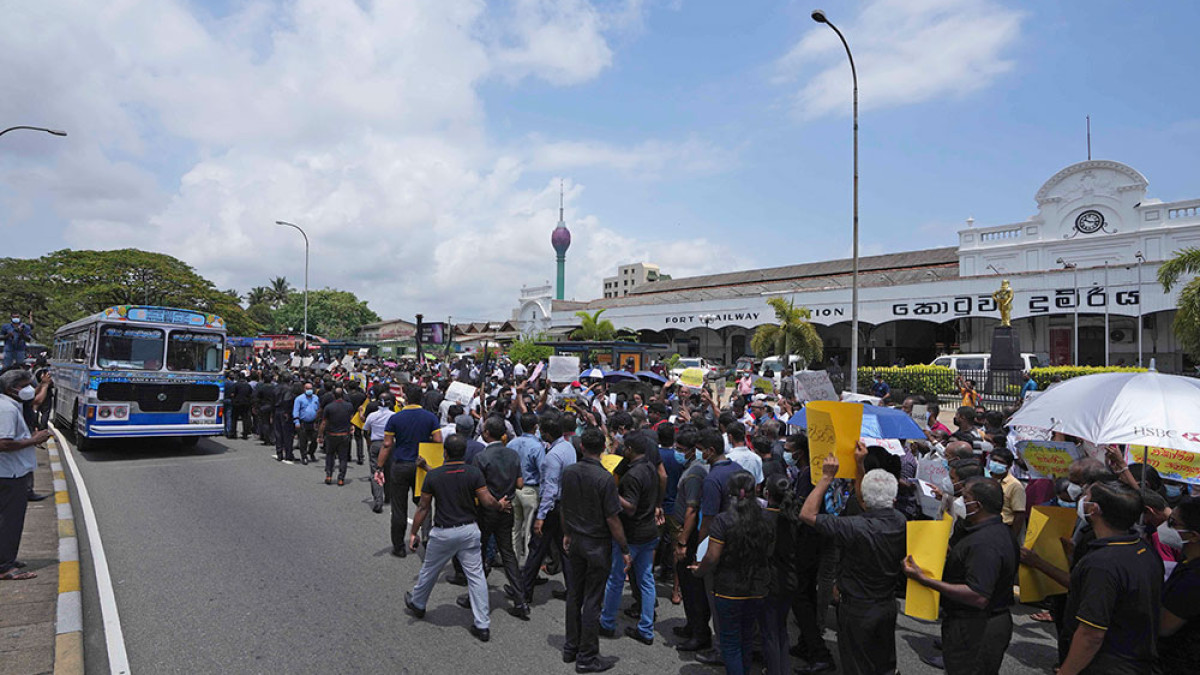 Inflation climbs to 29.8% in April

Headline inflation in debt-ridden Sri Lanka jumped to nearly 30% in April from 18.7% recorded in March, official figures show, as the island nation grapples with its worst economic crisis in decades .

Sri Lanka is in the throes of an economic crisis not seen since its independence from Britain in 1948. The crisis is caused in part by a lack of foreign currency, which means the country cannot afford to pay the imports of staple foods and fuel, leading to acute shortages and very high prices.

Months of long blackouts and severe shortages of food, fuel and pharmaceuticals have sparked widespread protests calling for the government to resign.

According to data released by the government’s Bureau of Census and Statistics, headline inflation hit 29.8 percent in April, down from 18.7 percent in March.

Food inflation rose from 30.21% in March to 46.6% in April. Most food products recorded price increases.

The government’s decision to float the rupee in March after running out of dollars to defend a peg depreciated the currency by more than 60%. This had a spiraling effect on all the prices of basic necessities.

Sri Lanka needs at least $4 billion to overcome its growing economic difficulties, and talks with international institutions such as the World Bank as well as countries such as China and Japan for financial assistance are underway.

The country is short of foreign currency to import badly needed essential goods.

Last month, the Sri Lankan government said it would temporarily default on $35.5 billion in foreign debt as the pandemic and war in Ukraine made payments to foreign creditors impossible.

Sri Lanka has requested a bailout from the International Monetary Fund, which could take up to three months to arrive.

Commenting on the negotiations with the IMF, the finance ministry said the main areas discussed included the immediate need to restore supply chains for essential items including fuel, LPG and pharmaceuticals.

Other main points discussed include securing bridge financing in the interim period until IMF financing is finalized with an economic program, and implementing short- and medium-term policies to ensure macroeconomic stability and facilitate a greener, more inclusive, sustainable and stable growth in the country. .

In order to obtain an Expanded Financing Facility (EFF) to overcome the current difficult financial situation, a formal request has also been made for a Rapid Financing Instrument (RFI) for consideration by the IMF in order to obtain immediate financing for the country, which will be a bridge to the EFF.

Central Bank Governor Nandalal Weerasinghe said earlier in the week that the staff-level deal with the IMF could be reached within the next two months.

India has agreed to extend an additional $500 million line of credit to help Sri Lanka import fuel. New Delhi has also already agreed to defer $1.5 billion in import payments Sri Lanka has to make to the Asian Clearing Union.

Stocks fall after worst month since 2020