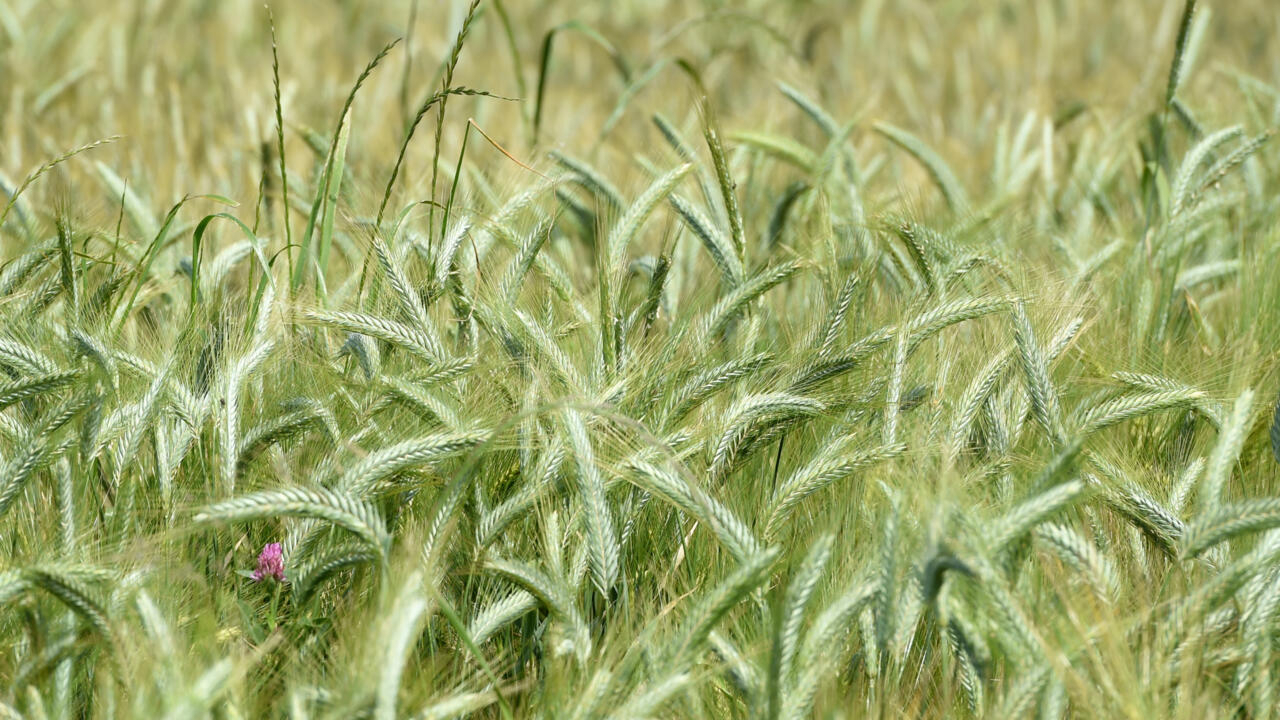 Sully-sur-Loire (France) (AFP) – French farmer Robin Lachaux worries about his wheat. In normal years, it flowers and swells in May thanks to regular spring rains, but this year the hot and dry conditions are likely to slow its progress.

“If we don’t water it today, we will lose 50% of our production,” the young farmer in cap and orange sweatshirt from Sully-sur-Loire, in central France, told AFP. .

“We don’t normally water at this time of year, but the dry spells are coming earlier and earlier,” he added as he positioned his pressure hoses and irrigation equipment.

France is Europe’s agricultural powerhouse, the largest grain producer in the 27-nation bloc and the world’s fourth or fifth largest exporter of wheat.

Its annual production influences world prices which are already at record levels because the war in Ukraine seems set to wipe out part of the country’s production, raising fears of a hunger crisis in the world.

On Monday, the French Ministry of Agriculture warned of the impact of an abnormally hot and dry period which “will have an impact on cereal production” in France following below-average rainfall over the winter period.

Besides wheat, other winter-sown crops such as barley are at a key development stage in May, while corn and sunflower production during the summer could also be affected.

“There is not a region that is not affected,” Christiane Lambert, head of the French farmers’ union FNSEA, told AFP.

“With each passing day, we see the ground cracking more… if it continues like this, those who can irrigate will be fine, but the rest will have dramatic drops in production.”

France’s national meteorological service said the country was experiencing a heat wave “remarkable in its timing, duration and geographical distribution”, with a 20% drop in rainfall between September 2021 and April 2022.

Global food prices hit a record high in March following Russia’s invasion of Ukraine, which accounted for 20% of global wheat and maize exports over the past three years, according to the United Nations Food and Agriculture Organization. food and agriculture.

Ukrainian ports are blocked by Russian navy vessels and French data analysis company Kayrrosa recently calculated that the area sown to wheat has been reduced by a third this year due to the conflict, according to satellite images.

According to government and industry forecasts, production could fall by 50% this year, with some farmers abandoning their fields to join the army.

Tensions in global markets have led NGOs and the United Nations to warn that hunger or even starvation could hit vulnerable import-dependent countries in Africa and the Middle East.

With major U.S. wheat-producing states such as Kansas and Oklahoma also suffering from drought conditions, weak French yields could be particularly significant in 2022.

“We already had very nervous markets. This adds tension,” Nathan Cordier, grain market analyst at agricultural consultancy Agritel, told AFP. “France is one of the major players in the wheat market and people are counting on it.

“The question is whether the export volumes will be sufficient.”

Current wheat prices in Europe are at a record high of 400 euros per tonne ($420), up from an already high level of around 260 euros per tonne at the start of the year before the invasion of Ukraine by the Russia.

High prices are expected to further boost plantings in the United States, and the FAO predicts that higher yields in Canada and Russia, as well as Pakistan and India could help offset below-average harvests in Western Europe.

Some of the recent price increases are due to short-term shortages caused by the sudden halt in supplies from Ukraine, as well as some farmers holding back from selling their produce in anticipation of higher prices in the future. .

“As the prices are very high, with wheat at more than 400 euros a ton for delivery in September, they are waiting,” said Edouard de Saint-Denis, commodity trader at Plantureux et associés, a French brokerage firm.

But as traders and farmers analyze weather forecasts and plan their business strategies, aid groups are warning that lives are at risk in some of the world’s most vulnerable places, like war-torn Yemen or the countries in the arid Sahel region of North Africa.

“According to our research, the rise in food prices caused by Russia’s invasion of Ukraine means that some local communities in developing countries are already spending more than triple what they previously paid on food. which forces families to skip meals and take their children out of school,” Teresa Anderson of British charity ActionAid told AFP.

A prolonged drought in France could worsen the situation.

“It would aggravate hunger, poverty and indebtedness for low-income families in Africa, Asia and Latin America, further worsening an already dire situation,” she said.