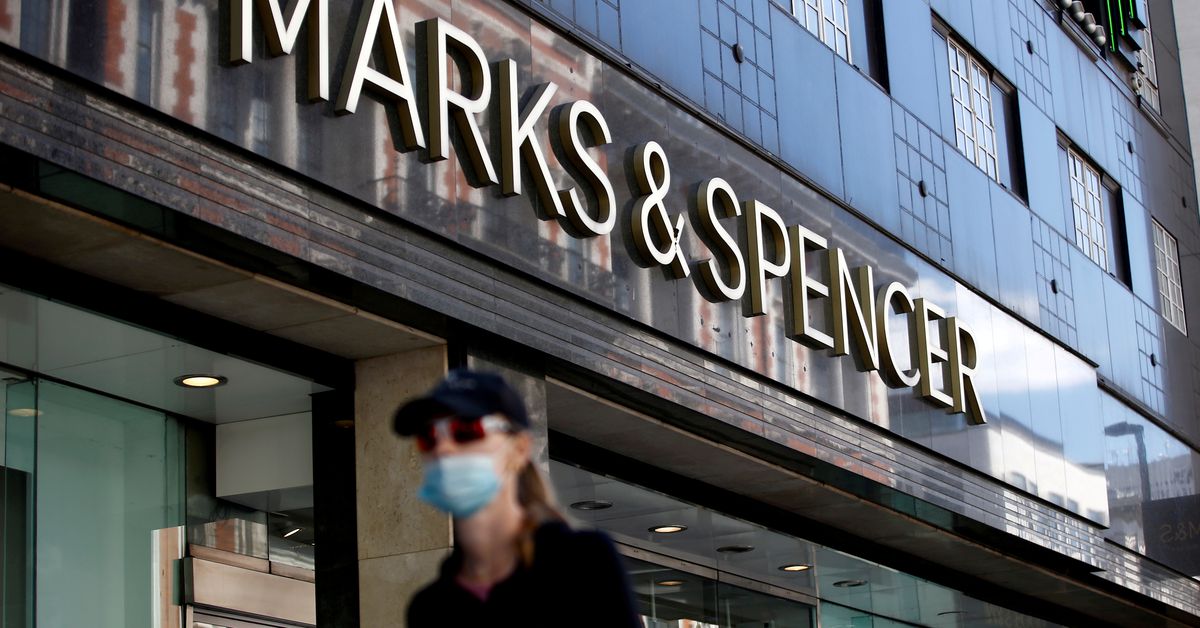 LONDON, Nov. 17 (Reuters) – British retailer Marks & Spencer (MKS.L) on Wednesday warned the British government that proposals by the European Union to facilitate the transit of goods to Northern Ireland were likely to increase administrative burden rather than reducing it.

In a letter to UK Brexit Minister David Frost seen by Reuters, M&S (MKS.L) Chairman Archie Norman said the EU’s proposals “seemed reasonable, but could lead to increased friction and costs, as well as a high level of ambiguity and potential for dispute “.

Last month, the EU offered Britain a package that failed to deliver the overhaul demanded by London.

In return for concessions, the EU wants proper live data sharing, tighter control of supply chains and labeling to ensure British products don’t slip into the EU’s single market through a backdoor in North Ireland.

Norman said the proposals could prove to be more costly to implement than full EU customs checks, as the relief offered by lighter tactile border checks was insufficient to offset the additional cost of labeling.

He said labeling the roughly 90 million products that M&S ​​sells each year in Northern Ireland would cost the retailer 9 million pounds ($ 12.1 million) per year.

Norman also noted that under the proposals a veterinarian would have to oversee the certification of 95% of the volume of product sent from the UK to Northern Ireland.

“This adds costs and a minimum of 4 hours per day in the supply chain, which – along with other delays – means goods will take 1.8 days (45 hours) longer to arrive in store than before. the departure of the United Kingdom from the European Union “, he added. he said, adding that the range of products available to consumers would be impacted.

Norman said the best solution was for Britain and the EU to agree on a time-limited equivalency agreement.

Frost said on Wednesday that Britain’s preference was to strike a deal to improve post-Brexit trade deals for Northern Ireland and the deal could be done by Christmas. Read more

Norman’s letter to Frost was first reported by the Financial Times.

Reporting by James Davey in London and Juby Babu in Bengaluru; Editing by Cynthia Osterman and Stephen Coates