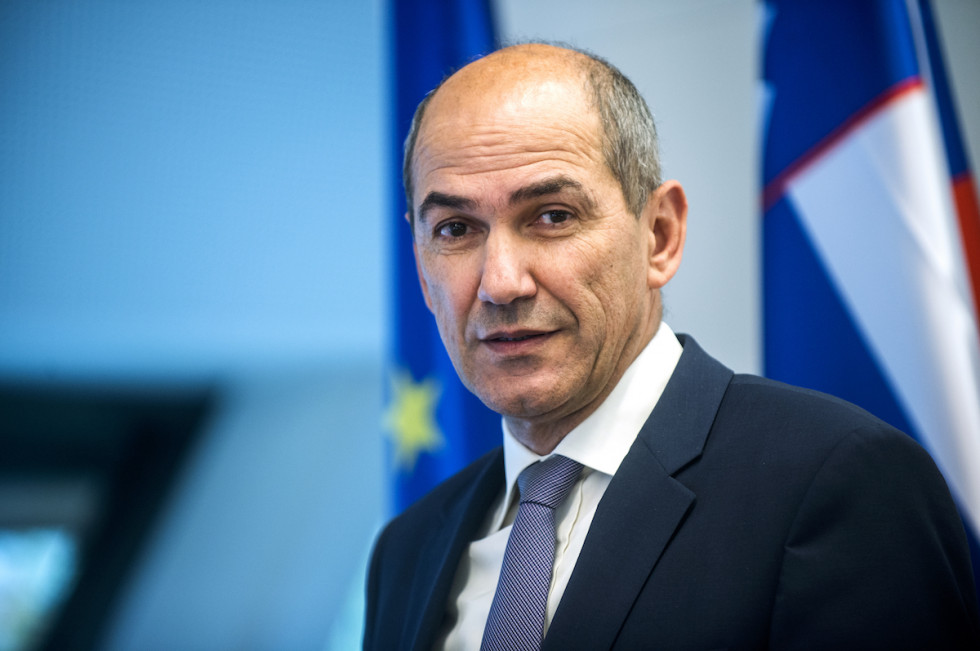 Prime Minister Janez Janša in the interview for The Economic Times

During the Yugoslav era, Slovenia held the maximum share of Belgrade’s exports to India. What are the areas in which Slovenia is supposed to invest in India and what could be areas of joint collaboration?
India is Slovenia’s second largest foreign trading partner in Asia. In 2020, we recorded 339.62 million euros in exchanges of services and goods; therefore, our partnership with India is very important to us.

One of the most promising areas of cooperation between the two countries is in information and communication technologies, particularly in electronics, software and other areas such as smart cities and societies, digital transformation and automation, e-health, telemedicine and national registers. Slovenian companies excelling in environmental technologies, they can offer the Indian economy solutions and equipment for drinking water and process water treatment, wastewater and soil treatment, network optimization water and sanitation, telemetry and remote monitoring of water meters.

Slovenia also has valuable experience in engineering hydropower plants, while developing solutions and equipment for solar power generation. We see further opportunities in the export of transformers, stationary capacitors, electricity meters and smart communication technologies. Slovenian companies can supply India with agricultural equipment, engineering services and equipment for production facilities as well as warehouses and logistics solutions. I have listed only a few areas and I see many more opportunities for cooperation and joint projects between our countries, and I am convinced that as the cooperation between India and Slovenia deepens, more and more more projects of this type will see the light of day.

How does Slovenia plan to position itself as India’s gateway to southern and central Europe, including the Balkans?
Slovenia is a Central European country and a Mediterranean country. Our port of Koper is the northernmost Adriatic port, which places us in the heart of Europe and only minutes from major EU cities, Western Balkan countries and other European countries. , which together represent the largest market for Indian products. , services and investments. Because we have good infrastructure, logistics experience and a safe and stable economic environment, we can become a crucial strategic partner for India, also an entry point for Indian exports to European markets.

Does Slovenia plan to involve India in the port of Koper? According to Slovenia, what should India’s role be in Europe?
In recent times, many worldwide shipping companies have recognized the advantages of the Adriatic transport route, in particular the shorter maritime transit time compared to northern European ports and therefore also the importance of the port of Koper. This also applies to India – the port of Koper currently has indirect transport services with various Indian ports, such as Nhava Sheva, Mundra, Chennai and Kolkata. We see another big potential in perishables, such as fruits and vegetables, automotive, industrial freight and raw materials, both import and export. Therefore, we would like to see more involvement of Indian transport companies. To further strengthen its presence in the Indian market, Port of Koper is also engaged in numerous marketing activities in India and plans to set up a permanent representative office in India.

We see India as an important, even strategic, global partner of Slovenia and the EU as a whole. Let me remind you of the informal EU-India summit in Porto on May 8, 2021, where the leaders of the world’s two largest democracies met via video conference. The meeting reinforced the EU-India strategic partnership, which is based on the common values ​​of democracy, freedom, rule of law and respect for human rights. We agreed to resume free trade negotiations and begin negotiations on two more trade deals and launched a new connectivity partnership. We are aware that the EU is one of India’s biggest trading partners and foreign investors and we know that in the new digital era, we need close cooperation on global digital standards and also in relation with 5G and beyond. We need to keep the global trading system open and further develop trade and investment relations to unlock their full potential, especially in the context of the post-COVID19 economic recovery.

What are the plans for expanding the defense industrial partnership/collaboration between India and Slovenia?
In a highly competitive international tender in 2015, the Slovenian company Pipistrel won a contract to produce 194 high-performance trainer aircraft for the Indian Air Force (IAF), Indian Navy (IN ) and the National Cadet Corps (NCC) for various purposes. . It was the world’s largest contract for the delivery of light aircraft to date. Through its successful implementation, Slovenia and India have established a solid foundation for future bilateral defense cooperation. I see the possible realization of the visions of the defense industry partnership building plans as a result of enhanced dialogue and cooperation between India and the European Union, as the Indo-Pacific region becomes a subject increasingly important security.

Get ready for the climb. Here’s what history says about stock market returns during Fed rate hike cycles.