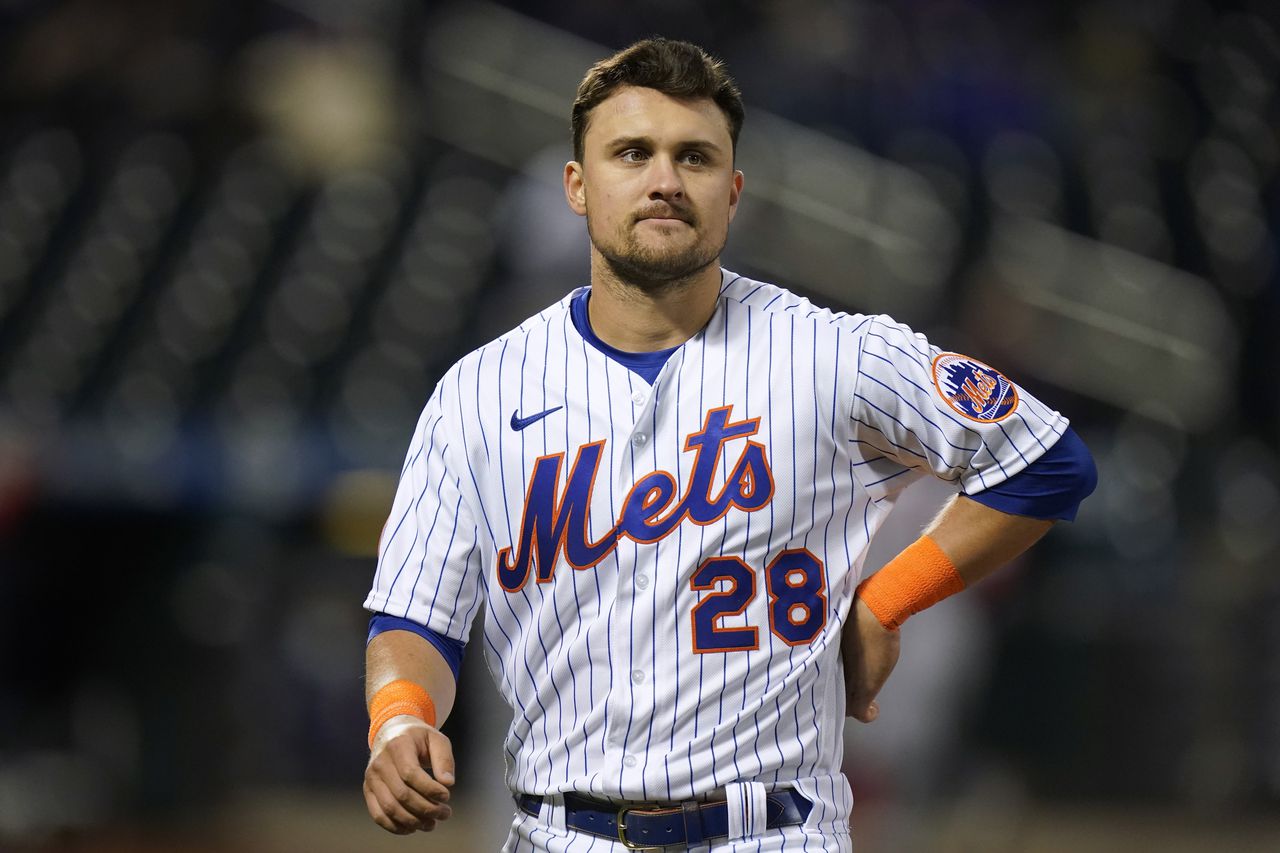 The Red Sox expressed at least some interest in trading for Mets infielder/outfielder JD Davis before the MLB lockdown went into effect, according to Mike Puma of the New York Post. According to Puma, the Cubs, Twins and Athletics have also spoken in New York about a potential trade with Davis.

Davis, who turns 29 in April, hit .285 with five home runs and an .820 OPS in 73 games with the Mets last season. While he’s exclusively played third base in 2021, he’s appeared elsewhere in the past, recording 92 career appearances in left field and 15 at first base. Obviously, the Red Sox are all settled at third base with Rafael Devers, so it’s more likely their interest was to add Davis to the outfield mix. After trading Hunter Renfroe for Jackie Bradley Jr. and two prospects in December, Boston should add more outfield assist and prefers to add a right-handed bat to help balance the roster. Davis fits that mold.

Davis is under the control of the team until 2024, so any team that acquires him will get three years of his services. He’s an arbitration-eligible freshman who is expected (according to MLBTradeRumors) to earn $2.7 million in 2022. being torn a ligament in the hand. Speaking to Puma, the former Astro said he thought it was more likely than not that he would be traded before Opening Day.

“Now it could be say 60-40 out of here, but you never know,” Davis said. “Baseball is in a situation of bench players, and something like that, three or four left-handers and I might be the only right-hander, so strategically I could see myself there, but I don’t know. Everything can happen.”

Boston Red Sox already active in free agency, Sam Kennedy says: ‘There were texts and emails until about 1:30, 2:00 in the morning’

“We are the extended branch of our Spanish producers”