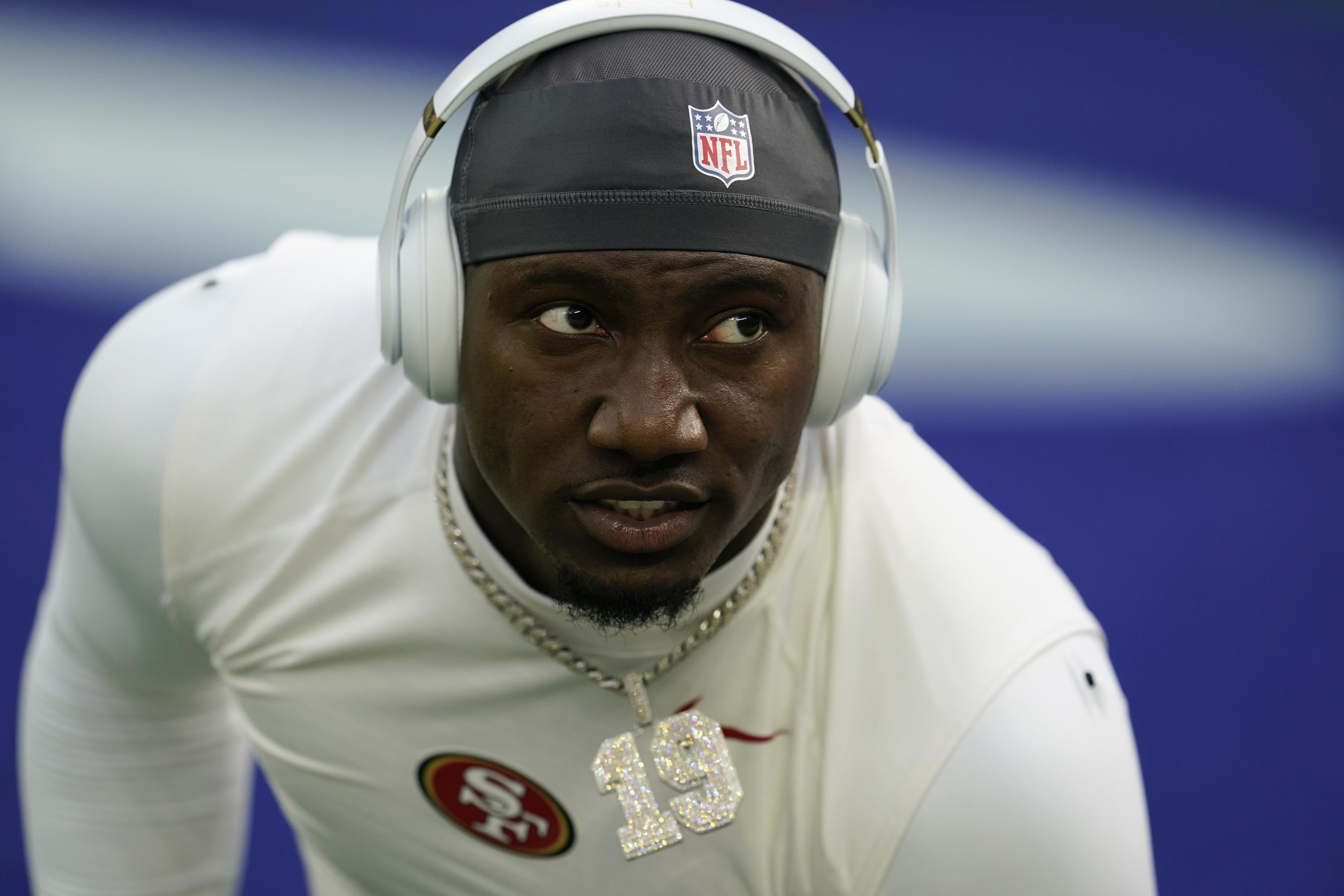 SANTA CLARA, Calif. (AP) — All-Pro wide receiver Deebo Samuel told ESPN on Wednesday that he asked for a trade from the San Francisco 49ers because the two sides were unable to negotiate a long-term deal. for one of the best in the league. playmakers.

Samuel is entering the final year of the rookie contract he signed after being drafted in the second round in 2019 and is looking to capitalize on the booming receivership contract market.

Samuel is expected to make nearly $4 million this season after being a first-team All-Pro in 2021. Eight receivers got new contracts this offseason worth at least $18 million a year, including Tyreek Hill and Davante Adams after trades from their former teams.

If the Niners give in to Samuel’s request, he would be the last star receiver to change teams this offseason. Green Bay got a first- and second-round pick from the Raiders for Adams, while Kansas City got a first, second and three lower-round picks from Miami for Hill.

Samuel did not give ESPN a reason for his request and the Niners and his agent did not immediately comment on the request.

The NFL Draft begins next Thursday and San Francisco could be looking to add a first-round pick after trading theirs last season for quarterback Trey Lance.

San Francisco traded a star player instead of paying him a big contract during the 2020 offseason when the Niners dealt defensive tackle DeForest Buckner to Indianapolis for a first-round pick.

The 49ers used that pick to take Javon Kinlaw, who struggled with injuries his first two seasons and didn’t make up for Buckner’s absence.

Replacing Samuel could be even tougher after he became a star in 2021 with the unique ability to thrive as both a running back and receiver in coach Kyle Shanahan’s offense.

Samuel finished the season with 1,770 scrimmage yards and 14 touchdowns. Hall of Famer Jerry Rice is the only Niners receiver to gain more scrimmage yards in a season than Samuel last year.

Samuel had 77 catches for 1,405 yards and six touchdowns, leading the NFL with 18.2 yards per reception. He added 59 carries for 365 yards and eight touchdowns as he was frequently used out of the backfield in the second half of the season.

Samuel never complained about the heavy workload and came up with a new name for his position, calling himself “wide back”.

But after dealing with injuries in college and early in his NFL career, it’s likely Samuel will want a long-term deal in place before he has another season with that kind of loadout.

The 49ers are also trying to negotiate a long-term deal with rusher Nick Bosa, who was picked second overall, one round ahead of Samuel in 2019. San Francisco will exercise the fifth-year option on Bosa but may try lock up. this offseason.

The Niners currently have little room on the salary cap, but can create a significant margin by cutting or trading quarterback Jimmy Garoppolo. San Francisco is expected to hand the offense to Lance this season, but finding a suitor for Garoppolo’s $24.2 million salary has been made more difficult as few teams are in the market for a QB and Garoppolo has just suffered shoulder surgery.

Bitcoin trades like a tech stock, not digital gold