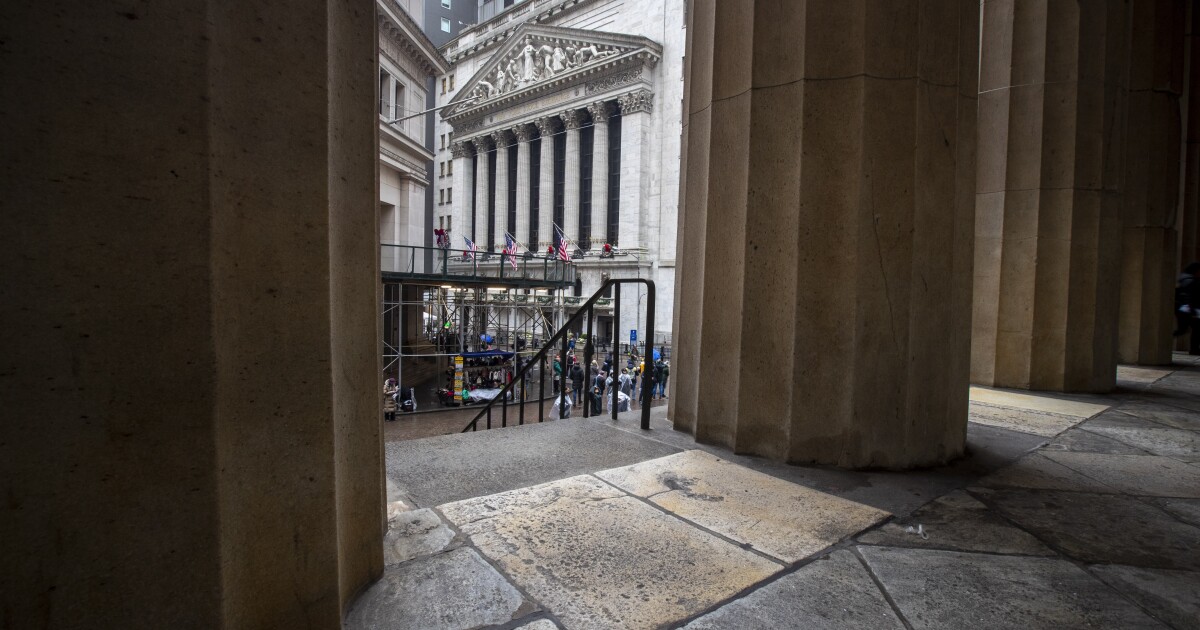 US stocks hit record highs on Friday after an encouraging report on hiring across the country, although trading was volatile as the bond market was hit by another day of steep swings.

Trading was dispersed, however, and after reaching an initial gain of 0.8%, the S&P 500 at one point gave up almost everything. Stocks fell back midway through the day as Treasury yields surprisingly slumped. A measure of stock market nervousness also turned around around the same time.

The 10-year yield, which tends to move with economic and inflationary expectations, fell to 1.45% and is close to its lowest level since September. It was at 1.58% just two days earlier. Analysts have had various explanations for this and other sharp moves in the bond market, which some have called counterintuitive.

The Dow Jones and the Nasdaq nevertheless joined the S&P 500 by setting all-time highs. The smaller Russell 2000 stocks performed even better, jumping 1.4%.

An encouraging report from Pfizer has helped lift the market, especially those companies that need daily life the most to get back to normal after the pandemic. Pfizer rose 10.9% after saying its experimental pill sharply reduced hospitalization and death rates for COVID-19 patients. Airlines, casinos, cruise lines, and live event companies have seen similar jumps.

The headline of the day was from the Department of Labor, which showed employers hired 531,000 net workers in October. It was over 100,000 above economists’ expectations. The gains were widespread across all industries, and the government also revised upward employment growth figures in previous months.

A potential point of concern for the markets was a sharp increase in workers’ wages, up 4.9% from the previous year, which may fuel concerns about inflation. But the figures were relatively in line with economists’ expectations.

“It was one of those Goldilocks reports,” said Nate Thooft, head of global asset allocation at Manulife Investment Management. In addition to posting stronger hires than expected, “the simple reality was that there was no overheating either.”

This is why it was surprising that the 10-year Treasury yield fell so sharply to 1.44% from 1.52% on Thursday night.

One possible reason was that investors see more people returning to work to help remove supply chain bottlenecks that have plagued the economy and pushed up inflation, said Brian Jacobsen. , Senior Investment Strategist at Allspring Global Investments. This could lead to lower inflation expectations, which would add downward pressure on Treasury yields.

“The more people we recruit to fill the vacancies, it will help keep the shortage pressure a bit under control,” said Matt Stucky, senior portfolio manager at Northwestern Mutual Wealth Management Co.

But the scale of movements in the bond market has always surprised market watchers.

“Some of these moves seem extreme to me,” admitted Jacobsen of Allspring Global Investment, citing a sharp drop in the 30-year Treasury yield to 1.88% from 1.96%. “I don’t think we can justify where the returns are. This leads me to believe that this is a fairly quick repositioning of traders in the market and not necessarily a trend change. “

A day earlier, bond markets around the world shook after the Bank of England decided not to raise interest rates. Many investors thought it was almost a sure thing, and inaction caused returns to plummet.

For equities, the trend has been solidly up lately, as a parade of companies reported larger summer earnings than analysts expected. More than four in five companies in the S&P 500 have beaten expectations, with about 90% of reports in hand, according to FactSet. Companies in the index appear on track to post a 39% growth in quarterly earnings per share from last year’s levels, which would be the third fastest since 2010.

On the losing side was exercise equipment maker Peloton Interactive. It plunged 35.3% after making profits and income below expectations on Wall Street.

Healthcare stocks also lagged the market. Moderna fell 16.6% as it continued to decline after slashing its forecast for vaccine deliveries in 2021 on Thursday.

How a startup is shaking up the consumer commerce boom – TechCrunch