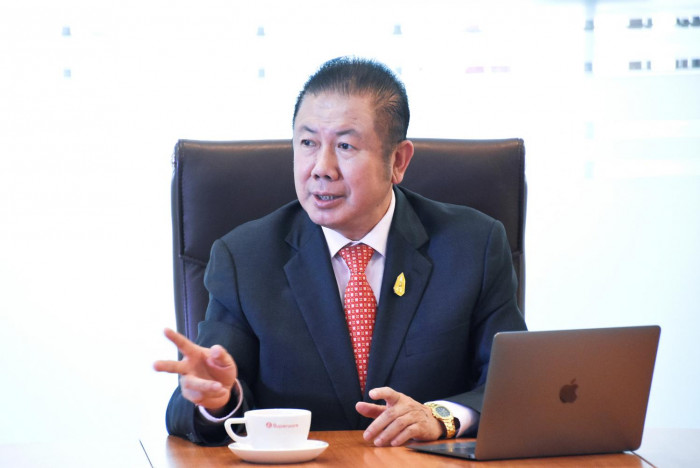 Sanan Angubolkul, President of the Thai Chamber of Commerce

The Thai Chamber of Commerce is to lead business delegations to Saudi Arabia for the first time in 32 years from May 15-18 to restore trade and investment relations.

According to Sanan Angubolkul, speaker of the chamber, the business sector will join the official Thai trade mission led by Foreign Minister Don Pramudwinai on visits to Riyadh, Al-‘Ula and Jeddah.

The visit follows Prime Minister Prayut Chan-o-cha’s visit to Saudi Arabia in January this year, and the subsequent agreement between Thailand and Saudi Arabia to fully restore diplomatic relations after a further freeze. of three decades.

According to Sanan, on Monday, the Thai Foreign Ministry and Saudi Arabia’s Investment Ministry will host the Saudi-Thailand Investment Forum, allowing the private sectors of the two countries to strengthen cooperation and relations in the field. of trade and investment.

A memorandum of understanding is to be signed by the governments and private sectors of the two countries, including between the Thai Chamber of Commerce and its Saudi counterpart, to explore opportunities and the possibility of establishing joint ventures.

Business-to-business meetings are scheduled for Monday afternoon to provide a forum for businesses from various sectors in both countries to meet and discuss trade deals.

Saudi Arabia is Thailand’s second largest market in the region after Turkey.

The Thai chamber expects exports to Saudi Arabia to reach 2.2% of the total value of shipments, compared to a marginal 0.6% of total exports, once the two countries resume trade relations.

The latest study from the Ministry of Commerce predicts that bilateral trade between Thailand and Saudi Arabia will reach 280 billion baht in 2022, up 20.3% from the previous year. Of the total, exports are expected to account for 54.7 billion baht, up 6.2%, with imports valued at 226 billion, up 24.3%.

The Eastern Economic Corridor (EEC) office is expected to join the trade mission, showcasing the EEC’s first overseas roadshow since the outbreak of the pandemic.

According to Kanit Sangsubhan, secretary general of the UNECE office, the agency wants to explain the potential of the corridor to Saudis, with targeted investments in high technology, R&D, tourism and services, as well as easy access to markets. export from Cambodia. , Laos, Burma and Vietnam.

Investors can establish a production base in Thailand to supply Asian markets or establish a regional headquarters here, he said.

Kanit said Thailand aims to attract investment from all sectors of Saudi Arabia, including smart automobiles and energy, as well as cooperation in human resource development.

Saudi Arabia is considered to have strong overseas investment potential, with an investment fund worth more than $1 trillion, he said.