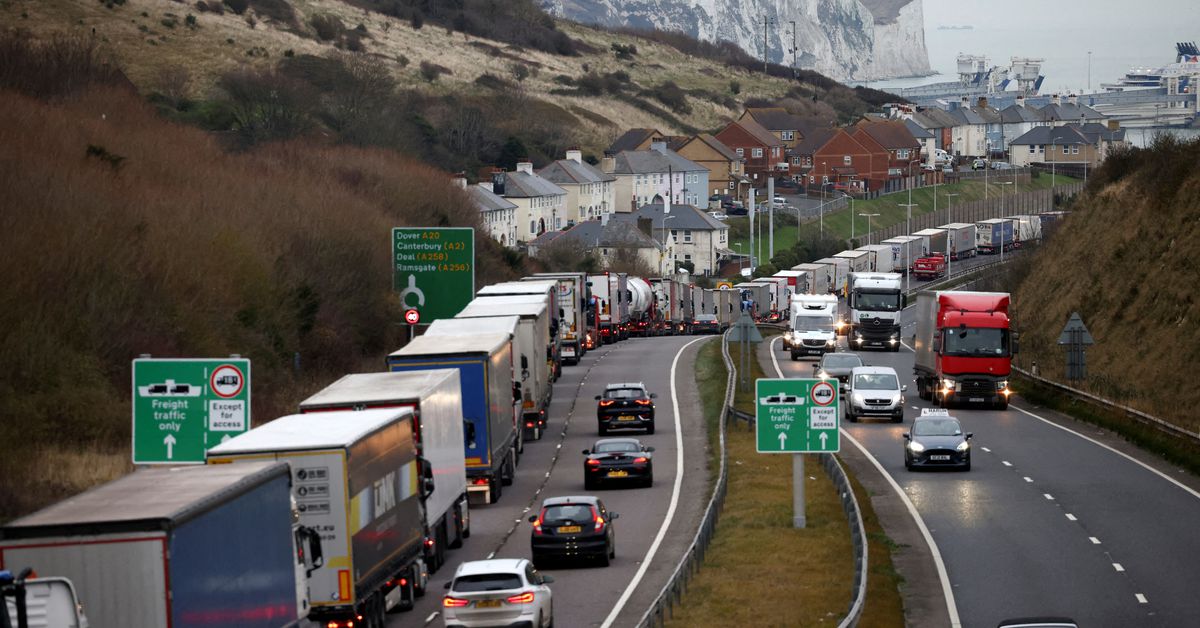 LONDON, Dec.31 (Reuters) – UK businesses face the introduction, from Jan. 1, of long-delayed post-Brexit border controls, which will affect businesses that import $ 314 billion in goods a year from of the European Union.

Britain left the EU’s single market in early 2021 and while Europe immediately imposed controls on goods, Britain delayed and delayed the introduction of a full customs border.

From January 1, 2022, EU companies sending goods to Britain will now need to provide full customs declarations, while traders will also need to prove that the goods are allowed to enter duty free under rules of origin.

Martin McTague, vice president of the Federation of Small Businesses (FSB), warned that the passage through import controls is likely to cause significant disruption at a time when trade is already affected by chain issues. COVID supply and labor shortages.

“Our own research found that one-third of small business importers were unaware of the changes, while of those who knew it was coming, only one in four was prepared,” he said.

Britain’s departure from the world’s largest trading bloc has already had an impact on UK exports to Europe, after the government’s Brexit deal forced companies to fill out long paperwork and pay a fee for getting goods across the border.

A survey by UK Chambers of Commerce in October showed that 45% of businesses found it very or relatively difficult to trade goods with the EU, up from 30% in January when the agreement entered into force . Read more

Brexit supporters claim that a more agile Britain will, in the long run, be able to tap into faster growing markets, and many large companies have managed to adapt to the changes by employing additional staff to manage the paperwork.

However, small businesses have struggled with those who send small shipments of food or clothing finding it no longer financially viable.

Shane Brennan, head of the Cold Chain Federation whose members transport frozen and chilled food, said the cost of a shipment has increased by about 400 pounds ($ 540).

Additional veterinary checks will be carried out for food imports in July next year. Full checks between Northern Ireland and Britain have been delayed to allow talks with the European Union to continue in a bid to improve the system. Read more