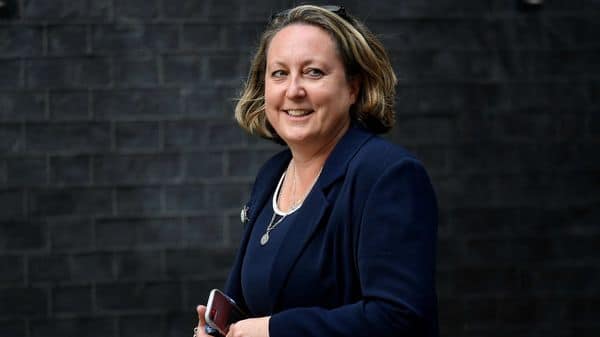 The Department of International Trade (DIT) said the schedule for the two-day visit to India will include bilateral talks between Trevelyan and Trade and Industry Minister Piyush Goyal on Thursday, during which they are expected to discuss a set of issues including green trade and removing market entry barriers for UK and Indian businesses.

The two ministers are then due to confirm the launch of official negotiations on a new UK-India FTA.

“The UK and India are already close friends and business partners, and building on this strong relationship is a priority for 2022,” Trevelyan said.

“I will use my visit to advance an ambitious trade agenda that represents the UK’s Indo-Pacific tilt in action and shows how we are seizing global opportunities as an independent trading nation,” she said .

“This is just the start of a five-star year of UK commerce, forging closer economic partnerships around the world and negotiating deals that work for businesses, families and consumers in all parts of the UK – Uni, ”she added.

On Thursday, the UK Minister will join Goyal in co-hosting the 15th UK-India Joint Economic and Trade Committee (JETCO) to examine how businesses in the two countries are benefiting from existing market access commitments under the enhanced UK-India trade partnership agreed on last May by Prime Ministers Boris Johnson and Narendra Modi.

“This highlights the broader and continued strategic importance of the UK-India bilateral relationship which extends beyond trade,” DIT said.

On Wednesday, Trevelyan will meet with staff at the New Delhi site of British manufacturing firm JCB to discuss how manufacturing and engineering companies could greatly benefit from the UK-India trade deal. The company is dubbed an ‘export success story’ in the UK, operating in India for over 40 years and employing over 5,000 people in the country.

Later today, the UK Minister will also participate in a Defense Industry Roundtable hosted alongside Defense Secretary Dr Ajay Kumar to promote future defense collaboration and strategic cooperation between the United Kingdom and India in the Indo-Pacific.

According to the latest DIT figures, total UK-India trade in goods and services amounted to £ 23.3 billion in 2019, making India the UK’s 15th largest trading partner. United. Indian investment in the UK supports 95,000 jobs nationwide, with 15,000 new jobs created by Indian investment over the past three years.

A trade deal could help push that figure even higher and will play a key role in our ambition to double trade with India by 2030, the UK government has said.

He added: “India is one of the largest and fastest growing economies in the world and a bold new deal would put UK businesses at the top of the queue to export to India’s middle class. growing by a quarter of a billion consumers.

“India is expected to become the world’s third-largest economy by 2050, with a larger population than the US and the EU combined.

Chinese stock market has a red light for Monday trading