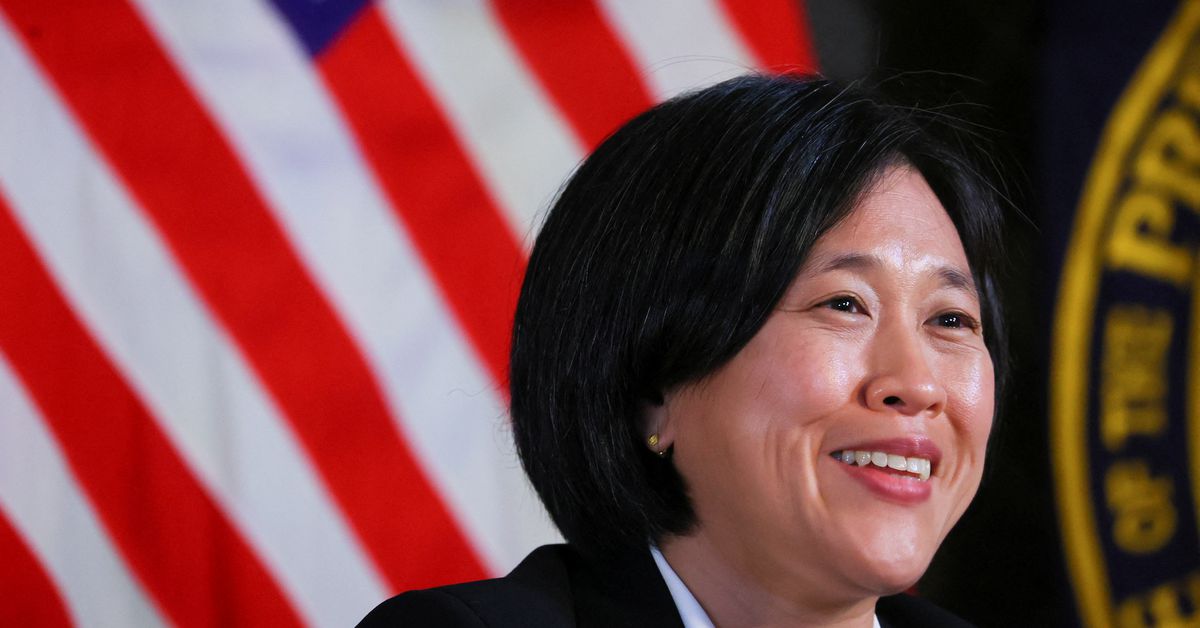 US Trade Representative Katherine Tai addresses the University Institute of Geneva on the role of the World Trade Organization (WTO) in the global economy and US policy priorities ahead of the 12th Ministerial Conference in Geneva, Switzerland, October 14, 2021. REUTERS / Denis Balibouse

WASHINGTON, Jan 12 (Reuters) – U.S. Trade Representative Katherine Tai said on Wednesday the United States was not rushing to strike a deal to ease tariffs on British steel and aluminum, saying she would continue those talks “when the time is right”. “

Tai, speaking at an online event organized by the Institute of International and European Affairs, an Irish think tank, said the Biden administration will closely monitor developments between Britain and the Union. European Union on Northern Ireland border issues. She added that she and President Joe Biden “care deeply about supporting the Good Friday Agreement” which keeps borders open.

She added that the administration encouraged the UK and the EU “to find a lasting and peace-keeping solution in Northern Ireland”.

Tai said it took six months to complete negotiations that resulted in a steel and aluminum trade deal with the European Union that gives European steelmakers duty-free access to the U.S. market through a tariff quota system.

The USTR has formally entered into discussions with Japan on U.S. “Section 232” tariffs of 25% on steel and 10% on aluminum, she said, adding that with the U.K. , “it’s a question of pragmatism”.

“We just need to have a process that makes sense, but the UK is very much on our minds and I’m sure we’ll address that when the time comes,” Tai said in response to a question about the plans. why Washington has yet to ease steel and aluminum tariffs in the UK.

Britain is eager to engage quickly with the Biden administration to lift tariffs on British metals, with British Trade Secretary Anne-Marie Trevelyan in December inviting US Trade Secretary Gina Raimondo to London at the start of the new year to start talks.

The Commerce Department has jurisdiction over the Cold War-era trade law that authorized tariffs on metals, but the USTR played a key role in negotiating them.

Tai also said talks with Britain on steel and aluminum will be based on the Biden administration’s efforts to deal with global excess capacity for metals, largely centered in China.

She said another key priority for the Biden administration is to reduce the carbon intensity of global steelmaking, a provision included in the EU deal that targets China’s heavy reliance on steel production. carbon steel.