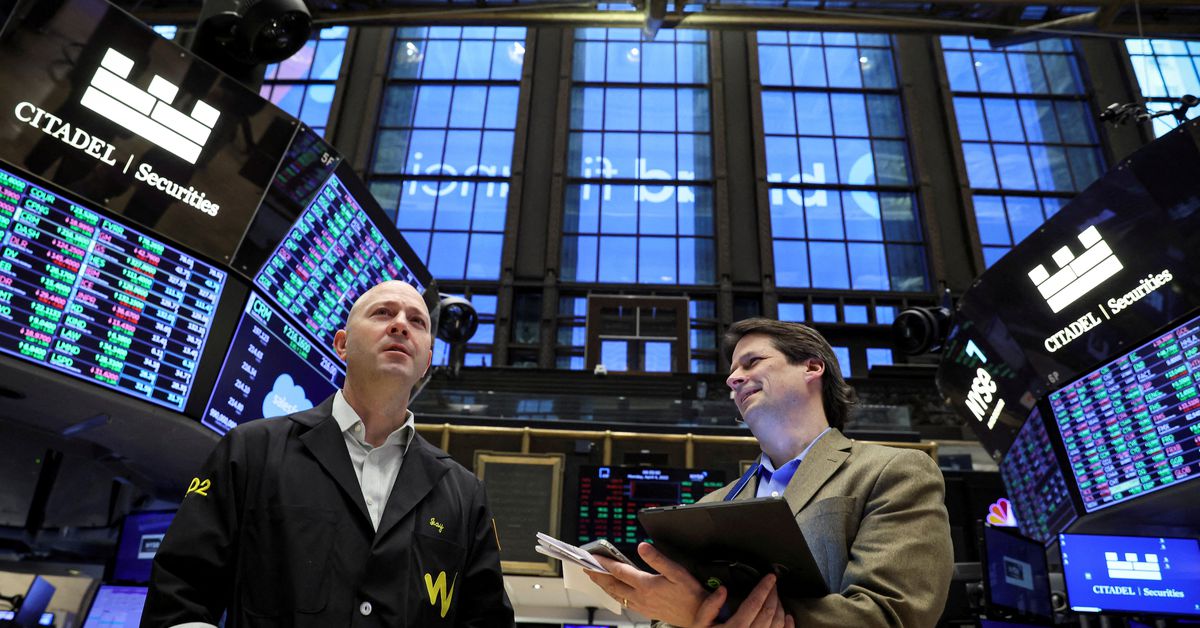 The S&P 500 posted its largest one-day decline since June 2020. The Nasdaq’s decline was its largest since September 2020.

The Fed is due to meet next week, with traders betting on a 50 basis point rate hike to combat soaring inflation.

Ahead of the weekend and the Fed meeting next week, “people are cleaning decks. Disappointing guidance from Apple and Amazon and a few other companies set the stage yesterday for today to be weak and it accelerated at the end of the day,” said Peter Tuz, president of Chase Investment Counsel in Charlottesville, Va.

The Nasdaq (.IXIC) lost around 13% in April, its worst monthly performance since the 2008 global financial crisis.

Exxon Mobil Corp (XOM.N) fell 2.24% after suffering a $3.4 billion write-down due to its exit from Russia. Chevron Corp (CVX.N) fell 3.16% after its first quarter profit was disappointing. Read more

Overall, the first quarter earnings season has been better than expected so far. Nearly half of the S&P 500 companies have released their report through Thursday and 81% of them beat Wall Street expectations. Typically, only 66% exceeded estimates, according to Refinitiv data.

Falling issues outnumbered rising ones on the NYSE by a ratio of 3.91 to 1; on the Nasdaq, a ratio of 2.85 to 1 favored the decliners.

Volume on U.S. exchanges was 12.4 billion shares, compared to an average of 11.8 billion over the past 20 trading days.

Putin’s choice of autarky is between Stalin and Hitler

Taiwan to ban PVC in food packaging from July 2023: EPA