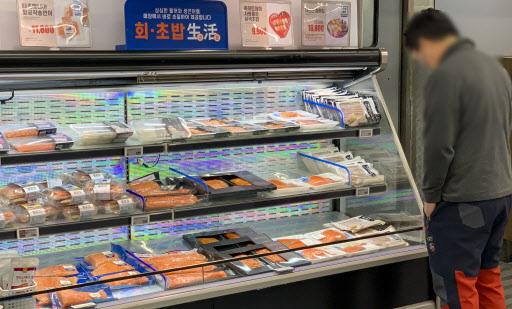 By Wilma M. Smith On Mar 13, 2022
Share
As Russia’s invasion of Ukraine threatens key energy and food supplies, salmon is no exception. The ban on flying over Russian airspace forces Norwegian farmed salmon to take a major detour to reach Asia, driving up freight costs and ultimately retail prices.

“We have seen salmon prices skyrocket from $12-13 to $19-20 per kilogram as a result of the Russian-Ukrainian conflict. Air freight rates have at least tripled since the start of the war,” said a Norwegian salmon importer.

As supermarkets reassure consumers they have enough stock for immediate supply, the uncertainty surrounding the war is prompting retailers to explore alternatives.

Restaurants that offer salmon dishes are also in distress. Some owners are forced to make tough decisions, including raising prices and eliminating menu items.

King crab prices have also fallen, as more than 90% here is imported from Russia.

According to Noryangjin Fish Market‘s daily seafood price report, the average price of live Russian king crab was 69,400 won from March 7 to Friday, a 16% increase from 59,800 won for the February comparable period.

Yet supermarkets seem less concerned about crab than salmon, since Russian king crab and snow crab are not subject to export controls, and the bulk of supplies for the second half of March has already been imported and paid for.

“Compared to king crab, salmon will leave consumers feeling more affected as it is a much more popular seafood option here,” a supermarket official said. “We seek to minimize price increases by fixing the price of frozen smoked salmon and securing alternative suppliers.”